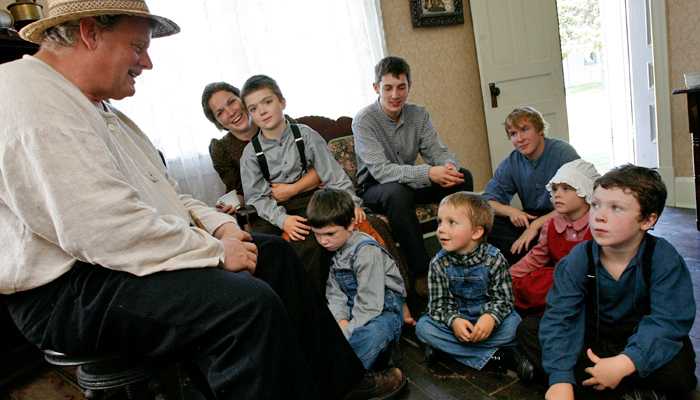 Ten Lanterns in the Porch

The word céilidh is familiar to Nova Scotians as a gathering, usually in a hall with musical performances. In Gaelic, céilidh refers to a house visit, which usually includes lively conversation, songs, music, tea and a bite to eat.

Every Gaelic community had its taigh-céilidh (ceilidh house) where all ages would gather to share news, historical and genealogical information, songs, music, proverbs, and tales that ranged from local anecdotes to hours-long sgeulachdan (narrative tales). Before TV and the Internet, the educational and entertaining céilidh was the school house for Gaelic tradition.

Despite the seemingly casual nature of the céilidh, standards were high, learners were eager and minds were focused and sharp. Exceptional historians, musicians, singers and storytellers were nurtured in Gaelic homes and communities. Inspired by their language and art, these individuals contributed much to their communities and to the cultural diversity of Nova Scotia.

Michael MacNeil of Jamesville, Victoria County, recalls as a young boy that there would sometimes be ten lanterns in the porch of his house, representing the number of individuals or families who used the lantern to guide them to his house for a céilidh. “It would be so wonderful to see the lights coming up the lane,” he said.

The Gaels has an insatiable love of their literature and poetry, which was often meant to be sung. Music ran through their lives: in song, dance, on the fiddle and pipes. Traditional bearers were valued and supported – some of them hosted for days at homes throughout their community and beyond.

Dan R. MacDonald is said to have composed more than 2,000 fiddle tunes and Joe Neil MacNeil was an itinerant carpenter, whose book of stories and historical information, “Sgeul gu Latha” is an impressive 476 pages. They picked up tunes, stories, news and songs and left more behind.

Many tradition bearers were men, but women made their mark at home: singing songs and lullabies to their children and to the cows as they milked them.  Fiddlers Buddy MacMaster and Angus Chisholm learned tunes from their Gaelic singing of their mothers. When they didn’t have an instrument they sang puirt á beul, Gaelic songs for dancing, or “jigged” the tunes, like scat jazz singing. The grandmother of renowned fiddler Natalie MacMaster sounded as good as a fiddle when she jigged tunes.

If you spoke Gaelic, music touched your life. And today, if you are learning Gaelic, it won’t be long before you find yourself “air chéilidh” (on a visit), enjoying and maybe even sharing your own songs, news and stories.

The Gaelic world offers an abundance of rhythm and sound, and good company. It’s the reason the province has a vibrant Celtic music industry and festivals like Celtic Colours.

During Gaelic Awareness Month, and throughout the year, there are opportunities to learn about and participate in music, song and dance. Visit the Gaelic Affairs’ website to learn more.

The Gaels has an insatiable love of their literature and poetry, which was often meant to be sung. Music ran through their lives: in song, dance, on the fiddle and pipes. 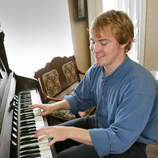