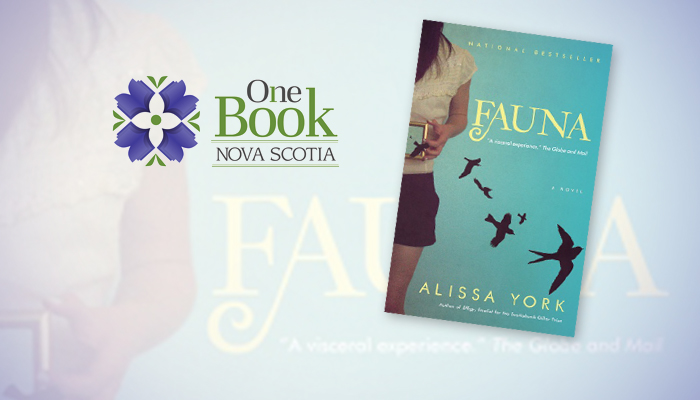 As part of this year’s One Book Nova Scotia reading event, featured author Alissa York will visit libraries across the province to give readings and lead discussions about her novel Fauna.

Successfully piloted in 2012, One Book Nova Scotia takes the idea of the neighbourhood book club and expands it, using public events and social media to encourage participation. By inspiring people to read the same book and share the same story, the program helps to nurture a culture of reading, promotes Canadian literature, and creates opportunities for readers to engage with each other.

Revealed as the official 2013 selection during One Book’s kick-off event, Fauna is a contemporary human fable set in Toronto, where a federal wildlife officer discovers the heart and tenderness of the animal world in a modern-day city setting. Living on the fringes of urban society, co-existing with animals, humans from all walks of life share stories of loss and trauma and work to put their lives back together, taking care of each other and the city's fauna.

A resident of Toronto herself, Alissa York's fiction has won the Journey Prize and the Bronwen Wallace Award, and has been published in Canada, the U.S., France, Holland and Italy. Her novel, Effigy, was shortlisted for the Scotiabank Giller Prize and longlisted for the International IMPAC Dublin Literary Award.

Beginning at the Kentville Public Library on October 2, Ms. York’s tour will include stops from Yarmouth to Sydney, and many points in between:

In addition to Ms. York’s appearances, many libraries will offer special One Book events to complement the program. For details about all of the One Book activities, visit the program’s schedule of events.

Spearheaded by Libraries Nova Scotia, a network of public, university, and community college libraries that collaborate on shared initiatives, and supported by the Nova Scotia Provincial Library, the concept for One Book Nova Scotia was inspired by the One Book movement. Launched in 1998, the movement began when Nancy Pearl, executive director of the Washington Center for the Book in the Seattle Public Library, initiated "If All Seattle Read the Same Book”. Designed to connect people to literature and each other, One Book communities have been established all throughout North America and have grown to become popular annual reading events.

Successfully piloted in 2012, One Book Nova Scotia takes the idea of the neighbourhood book club and expands it, using public events and social media to encourage participation. 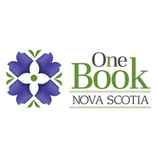