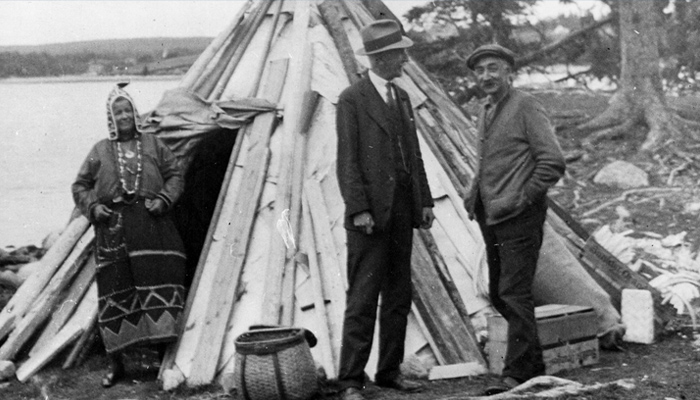 “Many called him a ‘human book of knowledge’. His tall stately figure was familiar in the community life of Halifax and he played a prominent role in numerous activities in the City and the Province.”

So read the front pages of The Halifax Chronicle and The Halifax Herald (now The Chronicle Herald) following the death of Canadian historian Harry Piers on January 24, 1940.

The son of Henry Piers and Janet Harrington, Harry Piers was born on February 12, 1870 at “Stanyan”, the Piers’ family home on Windsor Street. As a child, he attended public schools in Halifax before enrolling at the Victoria School of Art & Design to study water colour painting and architectural drawing.

In 1889, he entered the public service as assistant legislative librarian under F. Blake Crofton and in 1894, he became the recording secretary for the Nova Scotia Institute of Science, a position he held until 1934. However, it was in 1899 when Piers truly hit his professional stride, becoming the curator of the Provincial Museum.

Known today as the Nova Scotia Museum (NSM), the Provincial Museum was established in 1868 to ensure the long-term sustainability and integrity of the province’s heritage resources by developing and maintaining a provincial collection.

During his tenure as the NSM’s curator, Piers was practically a one-man-museum. Famous for his precision and diligence, he worked across multiple disciplines to collect a wide variety of artifacts and specimens that represented Nova Scotia’s cultural and natural history.

Possessing documenting skills that were considered ahead of their time, Piers complemented the NSM’s physical collection with research and descriptions that set such high standards that they stand out today as instructive examples of museum work. Parks Canada historian, William Naftel described Piers as a “renaissance man of this province’s cultural history. It matters not where the modern researcher penetrates – history, archaeology, material culture, geology, botany – it is almost certain that you will find his footprint decades ago. At a time when nobody else cared, he and his museum did, and between them they preserved and recorded much that would otherwise have vanished utterly.”

In addition to his curatorial responsibilities, Piers served as librarian of the Provincial Science Library and as Deputy Keeper of Public Records of Nova Scotia from 1899 until 1931, when the Public Archives of Nova Scotia opened. He was also an extremely gifted writer with vast research interests that ranged from the evolution of the Halifax Harbour, to the habits of the winter wren, a tiny bird found in the forests of Nova Scotia. One of his books, “The Evolution of the Halifax Fortress 1749-1928”, which was published in 1947 just after his death, played a key role in restoring the Halifax Citadel.

To learn more about Harry Piers and his contributions to the preservation of Nova Scotia’s cultural and natural history, visit the Nova Scotia Archives virtual exhibit, Harry Piers: Museum Maker.

“At a time when nobody else cared, (Harry Piers) and his museum did, and between them they preserved and recorded much that would otherwise have vanished utterly.” 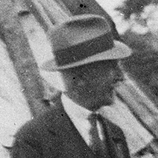