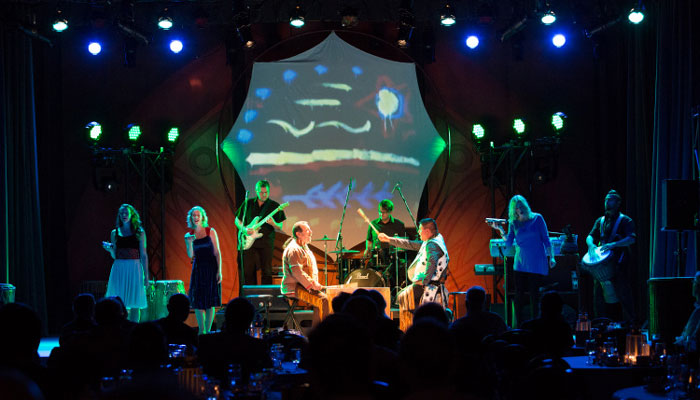 New economic estimates released on May 11, 2016 by Statistics Canada show the economic contribution of culture and sport in Nova Scotia has increased over the past five years. The trends are spelled out in a new report Provincial/Territorial Culture Indicators (PTCI) (PDF 314 KB), that updates our picture of the contribution of culture (PDF 570 MB) and sport (PDF 565 MB) to the economy of every province and territory in Canada 2010 through 2014.

The data show that Nova Scotia has seen notable growth in culture and sport over these years.  The economic indicators include estimates of GDP (Gross Domestic Product) and jobs for both culture and sport and reveal economic trends in arts, cultural industries, heritage, and sport.

The report looks at the economics of culture grouped in eight broad categories (indicators) (PDF 2.2 MB) that include heritage and libraries, live performance, visual and applied arts, written and published works, audio-visual and interactive media, sound recording, education and training, and governance/funding-and-professional-support.

Sport GDP in Nova Scotia as well as sport jobs in Nova Scotia are included.  Sport contributed $98.2 million to the Nova Scotian economy in 2014, that’s close to 10% growth from 2010, and represents 1,939 jobs.

Because these estimates provide information over five years from 2010 to 2014, participants in Nova Scotia culture and sport have a new way to understand trends in these sectors and note changes in economic growth over time.

The PTCI is the most recent product of the Culture Satellite Account (CSA), and marks the first time this information been available for culture and sport in Canada’s provinces and territories.  The CSA is an initiative of fourteen federal-provincial-territorial governments working together to fund this important economic tool. Nova Scotia continues to play a key role as national co-chair for the research. 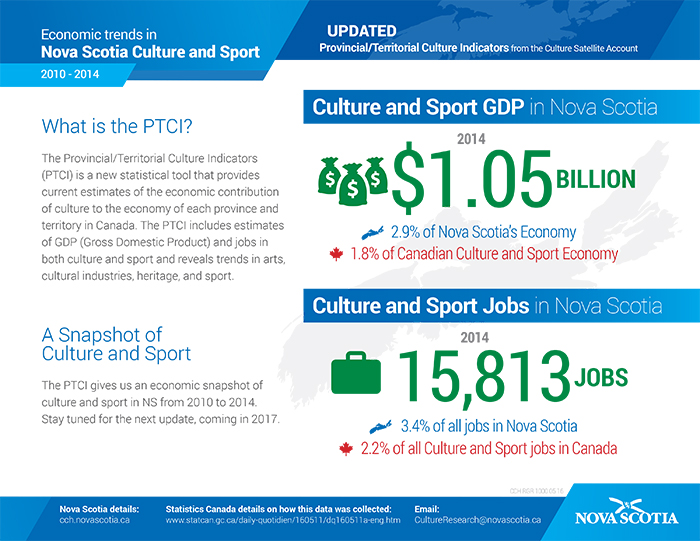 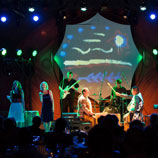