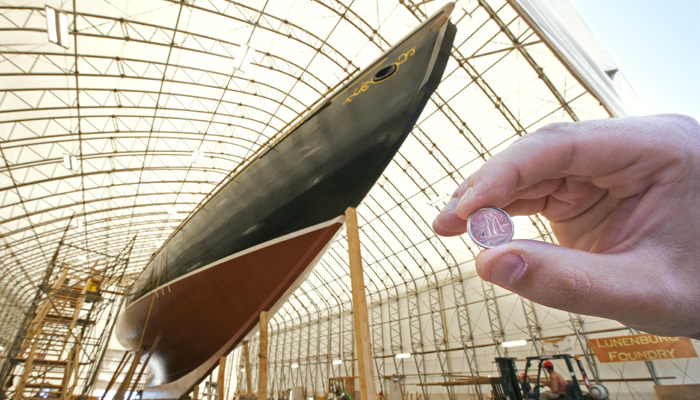 Restoring the Glory of Bluenose II

Nova Scotia’s famous sailing ambassador, Bluenose II, is undergoing a rebuild that will ensure the iconic vessel’s legacy for many years to come. Since 2011, the restoration project has been taking place at the Lunenburg Shipyard, the site where the original Bluenose was built in 1921.

Designed as a Grand Banks fishing schooner and captained by Angus Walters, it was said that Bluenose could cut through waves like no other ship on the sea. This speed proved legendary during the vessel’s undefeated racing career, which endured for 18 years.

Bluenose eventually retired from racing and met her end in a storm off the coast of Haiti. In 1963, Bluenose II was built. The province of Nova Scotia took ownership in 1971 and she has acted as our sailing ambassador ever since. The Bluenose II has visited ports of call around the world representing Nova Scotia and our glorious connection to the sea.

A source of pride for Nova Scotians, the image of Bluenose has appeared on a commemorative stamp, on the Canadian dime and on the familiar Nova Scotia license plate. The restoration of the Bluenose II will renew this beloved symbol of our province and when the majestic schooner is launched this summer, and takes to the seas in 2013, it will do so as a tribute to Nova Scotia's boat-building heritage and sailing excellence.

To experience the story of Bluenose first-hand, visit the Fisheries Museum of the Atlantic in the UNESCO World Heritage Town of Lunenburg.

Designed as a Grand Banks fishing schooner and captained by Angus Walters, it was said that Bluenose could cut through waves like no other ship on the sea. 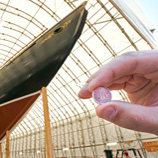