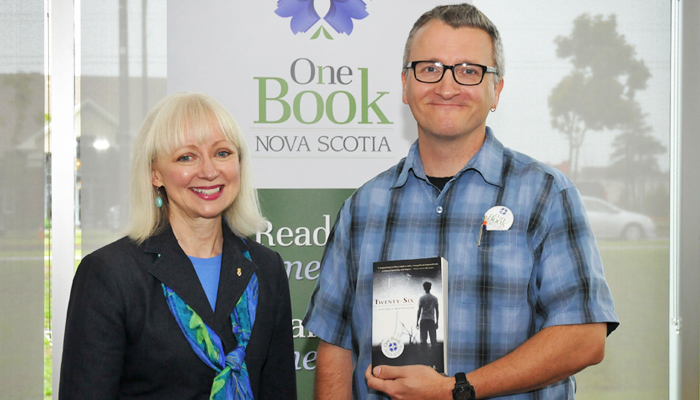 This November, Nova Scotia’s first province-wide book club reached its final chapter, but that doesn’t mean it’s the end of the story for the successful new program.

Launched on September 21, 2012, the One Book Nova Scotia reading initiative was a seven-week campaign aimed at getting as many Nova Scotians as possible to read the same book and share the same story. Taking the idea of the neighbourhood book club and expanding it, the One Book program used public events and social media to encourage participation all across the province, helping communities build and nurture their own cultures of reading.

Spearheaded by Libraries Nova Scotia, which includes public, university and community college libraries, and supported by the Nova Scotia Provincial Library and the Writers' Federation of Nova Scotia, the concept for the program was inspired by the One Book movement. One Book community reading projects began in 1998 when Nancy Pearl, executive director of the Washington Center for the Book in the Seattle Public Library, initiated "If All Seattle Read the Same Book”. Designed to connect people to literature and each other, One Book communities have been established all throughout North America and have grown to become popular annual reading events.

To pilot Nova Scotia’s inaugural year, a steering committee of librarians and book industry professionals was assembled and given the job of picking the program’s very first title. Together, the committee determined that they needed a piece of literature, written by a living Canadian author, that had a compelling story capable of sparking discussion among a broad range of readers. Their choice? Stellarton native Leo McKay Jr.’s first novel, Twenty-Six.

Originally published in 2003 and based on actual events, Twenty-Six is the fictionalized account of the Westray mining disaster.  Boldly facing the darkest depths of human tragedy, the book examines the ways in which love, loyalty and family make it possible to wrestle life from the jaws of death.

As the program’s feature author, Mr. McKay travelled the province to deliver 15 public reading engagements at libraries, universities and community colleges, giving One Book participants the chance to discuss the novel, share their thoughts and meet the author face-to-face.

One of the highlights on Mr. McKay’s tour was the event held at the Nova Scotia Community College Pictou Campus.  Hosted by the college and the Pictou Antigonish Regional Library, the reading was attended by nearly 100 people, including family members and friends of Westray miners, as well as members of Stellarton’s municipal council.

In addition to the success of the public readings, library circulation statistics indicate that print, e-book and audiobook versions of Twenty-Six were borrowed more than 1,100 times during the campaign and, at the end of the program, 300 people had signed up for waiting lists to get a copy.  At bookstores, over 1,300 copies of the book had been purchased.

Designed to connect people to literature and each other, “One Book” communities have been established all throughout North America and have grown to become popular annual reading events. 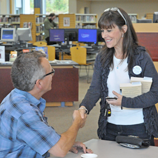