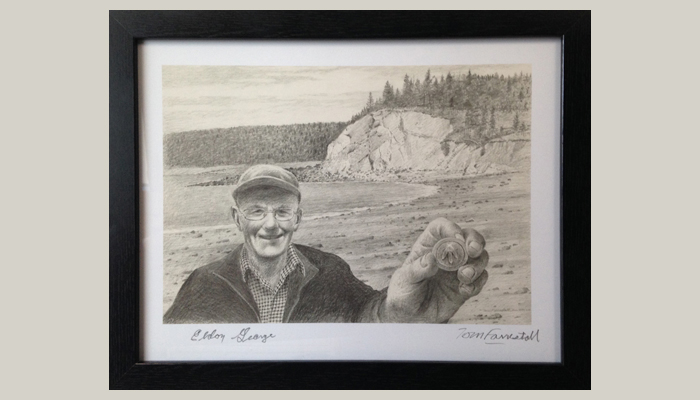 "These two original works of art capture so much of the playful, curious, and kind character of Eldon," said Tim Fedak, curator at the Fundy Geological Museum. "The painting and portrait are wonderful depictions of this important person and place."

One painting is a detailed watercolour of the Parrsboro Rock and Mineral Shop showing it as a playful and interesting location. The shop and the Fundy Geological Museum are important destinations on the Parrsboro Shore, with thousands of people visiting every year. 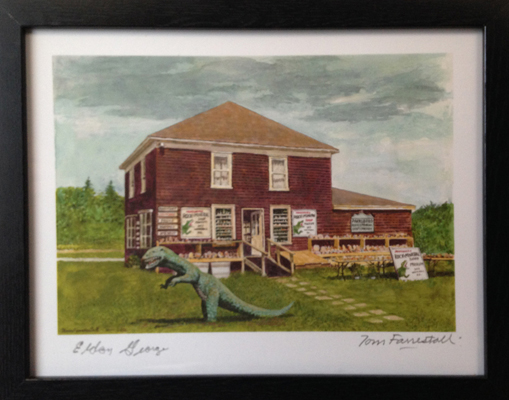 The other print shows Mr. George holding a pewter medallion of footprints of what is known as "the world's smallest dinosaur," which he found. He is standing in front of the cliff where he found his first fossil when he was a boy.

Tom Forrestall was invited to create the work by the O'Regan family as a tribute to Eldon and his important contributions to Nova Scotia and the Parrsboro area. The O'Regans have long maintained their connections with the area, including supporting local projects. The artist spent a week visiting Mr. George and the famous Parrsboro Rock and Mineral Shop.

Prints of the two artworks are being sold by the Cumberland Geological Society to raise funds for the Parrsboro Rock Shop Project. Each print is signed by Tom Forrestall and Eldon George.

Mr. George, 84, started the Parrsboro Rock and Mineral Shop at the age of 17 in 1948. The Cumberland Geological Society recently purchased the shop to create a permanent exhibit at the Fundy Geological Museum that will pay tribute to Mr. George's contributions to science and the region.

More about these prints and project are available by visiting ParrsboroRocks.ca.

The other print shows Mr. George holding a pewter medallion of footprints of what is known as "the world's smallest dinosaur", which he found. 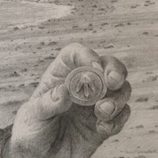