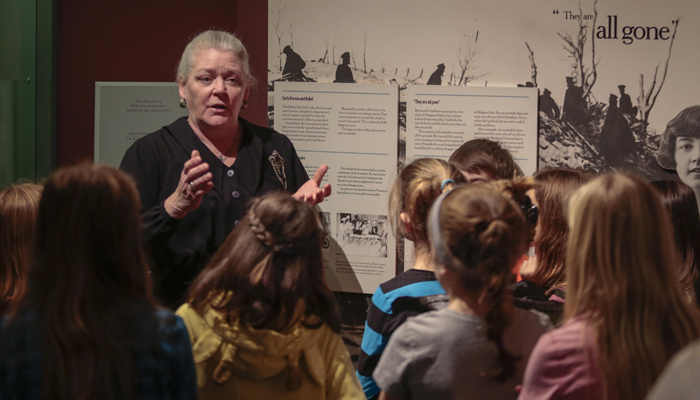 The Maritime Museum of the Atlantic will commemorate the 98th anniversary of the Halifax Explosion with special events on Sunday, December 6.

Events will begin at 9:05 a.m. when the CSS Acadia will ring its bell, along with other ship bells and sirens, for 20 seconds. The time is significant because the explosion happened at 9:04:35 a.m. on December 6, 1917. The Halifax Citadel gun will also sound off to acknowledge the lives that were lost, those who suffered and those involved in the rescue efforts.

"The Halifax Explosion is the tragedy that families in Halifax and across the province will never forget," said Communities, Culture and Heritage Minister Tony Ince. "On December 6 each year, we are reminded of everything that was lost on that terrible day, but we also think of the aid that came from Boston and other places, and the hope they brought with them."

At 1:15 p.m., artist Laurie Swim will share her proposed community art project for the 2017 centenary of the explosion. Hope and Survival includes a special scroll of remembrance for the Halifax Explosion Memorial and quilt pieces depicting the images of the aftermath of the tragedy.

"The volunteers and I have nearly completed beading the individual sheets of the scroll of remembrance," said Ms. Swim. "We have begun finishing and assembling the 43 fabric panels. Each one is a 45" x 9" column of the names of the victims in script and beaded Braille. The first twelve hung together will be on view for the afternoon."

At 2 p.m., songwriter David Stone will tell the story of the explosion through a cycle of ten songs that he wrote based on his research into the disaster, and conversations with survivors and their families. The concert will feature the song, All of the Questions, a tribute to harbour pilot Francis Mackey.

Admission to the museum will be free for the day. Donations to support the museum's Mission to Seafarers and Boatload of Toys campaigns are welcome.

On December 6 each year, we are reminded of everything that was lost on that terrible day, but we also think of the aid that came from Boston and other places, and the hope they brought with them. 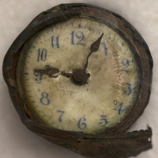