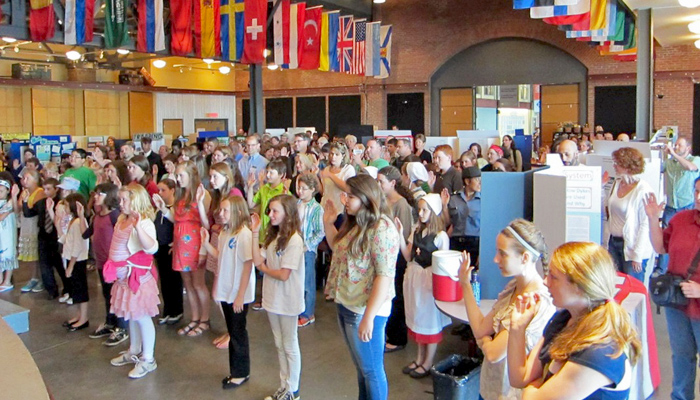 On May 31, budding historians from all across Nova Scotia gathered at the Canadian Museum of Immigration at Pier 21 to showcase their hard work during the 2013 Provincial Heritage Fair.

The culmination of several local and regional fairs that took place throughout the month of May, the Provincial Heritage Fair brings together a variety of outstanding projects that celebrate the exploration and study of Canadian history.

Designed for students in grades 4 to 9, the fairs foster creativity and initiative by giving youth a public venue where they can tell their own stories in their own ways. Through their original ideas, their unique voices and their own expressive style, each student is able to share what they’ve learned about themselves and the place they call home.

Spearheaded by a team of volunteers, educators and heritage organizations, the main goal of the Fairs Program is to nurture youth citizenship and inspire students to develop strong roots in their communities, giving them the confidence to play an active role in the shaping of our country and its future.

Introduced nationally in 1993, the Fairs Program has existed in Nova Scotia since 1996, when the Chignecto-Central Regional School Board piloted the program for the Bronfman Foundation. From those early days, the fairs grew and spread to be part of the educational system. Today, the program is still running strong with over 5,500 student participants each year.

For some of the participants, their involvement in regional fairs has already earned them the opportunity to participate in the Young Citizens competition, which was piloted in 2012 as a replacement for the national fair. Organized by Canada's History, the competition invites students to turn their projects into videos that are posted online for national and international voting.

Last year, grade 5 student Brandon Snyder from Bridgewater Elementary School in Bridgewater, Nova Scotia, was one of the big winners thanks to his video re-enactment of the War of 1812.  In addition to earning himself a trip to Ottawa for the Governor Generals History Awards last December, Brandon also won "Best Documentary" in the 2013 Atlantic Film Festival’s "Viewfinders" competition.

Designed for students in grades 4 to 9, the fairs foster creativity and initiative by giving youth a public venue where they can tell their own stories in their own ways. 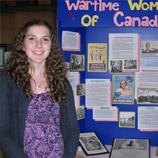